In the past, there have been some rumblings amongst some members who wish to partake in a tagging program but have struggled to get hold of tags.

As a Nomads initiative, we tried to secure tags for the smaller tuna (the sorries) and other smaller fish in our competitions, unfortunately ORI and the tagging programs do not support tagging in competitions. However, we have managed to find the source of the tags and hopefully you and your family can now practice environmentally friendly fishing at your leisure.

Attached please find the application form for tags, and below is Stuart Dunlop’s email address to whom you can apply. It will cost R400.00 for the kit.

It really is not a difficult process at all. Please get them to email me individually and I will send them an application form. There is a once of fee of R400-00 for the kits once accepted as a member. I have attached an application form for you to complete.

Please see the attached correspondence from Dave Martin and Shelly Beach. It affects the sustainability of our already threatened fishery, and therefore all of us who practice our hobby and passion in these waters.

I ask that you consider this appeal and make up your own minds.

As many of you know I’m busy making a film about all of this but this is an appeal for your support of the above petition, to prevent what happened last year from happening again this year. Ivan Keir managed to stop the OK Energy seismic survey off Knysna with signatures and we’re hoping to do the same.

Many of you will remember last year the Schlumberger Seismic Survey was granted permission to continue their survey activities into the annual whale migration period which was not in the spirit of marine conservation or protection. They were granted permission because in 2014, sections 38 and 39 of the Minerals and Petroleum Resources Development Act were repealed, thus creating a gap in the law which allows for a reconnaissance permit to be obtained without any environmental  authorisation.

Petroleum Geo-Services (PGS) is now applying for a reconnaissance permit for an area which extends from Mossel Bay into KZN. The initial permit application extended from Richards Bay to Mossel Bay but has now been revised and includes a small southern section of KZN (new proposed area attached). The full EMP is available for download and comment at: http://slrconsulting.com/za/slr-documents/pgs-speculative-2d-3d-surveys. Comment period ends on 30 June 2017.

In response, Coastwatch KZN has lodged a petition and an appeal, which was delivered to the DEA Minister last week (appeal letter attached).

The 2016 annual stranding report (out today!) reports on the highest number of whale strandings on the KZN coast, including the first recorded mass stranding. There is no evidence to suggest that the seismic surveys were responsible for the high number of strandings but the coincidence cannot be ignored.

I would encourage you to register as Interested & Affected Parties and to raise your concerns regarding the proposed permit application and to support the Coastwatch KZN initiative by signing the petition (https://www.change.org/p/insist-the-dea-challenges-seismic-surveying-of-our-coastline).

Please distribute among your networks.

I refer to the annexed e-mail as well as the attachment.

You will note that two gliders (see photo attached) will be launched from Richardsbay in June 2017.

I have included Zululand and Natal chairmen in this mail, but request our SADSAA secretary to distribute this e-mail to all our provincial chairmen for further distribution.

I request that if any one of our members comes across these devices not to interfere with it, as it gathers important scientific information.

I am sending this request on behalf of the GINA Working Group.  We would appreciate your assistance in circulating the attached GINA Project information document on ocean glider  deployment in the Agulhas Current amongst your constituents. The aim of this document is to raise awareness and minimise interference with the GINA glider platforms by curious fishers and other marine users. Please accept our apologies in advance for unnecessary  postings,  we realise that the Recreational Forum  has been inactive and that many of the addresses on this mailing list are defunct.   Lastly, please take some time to read this document as we’re sure that you’ll realise the importance of the project and find it interesting. 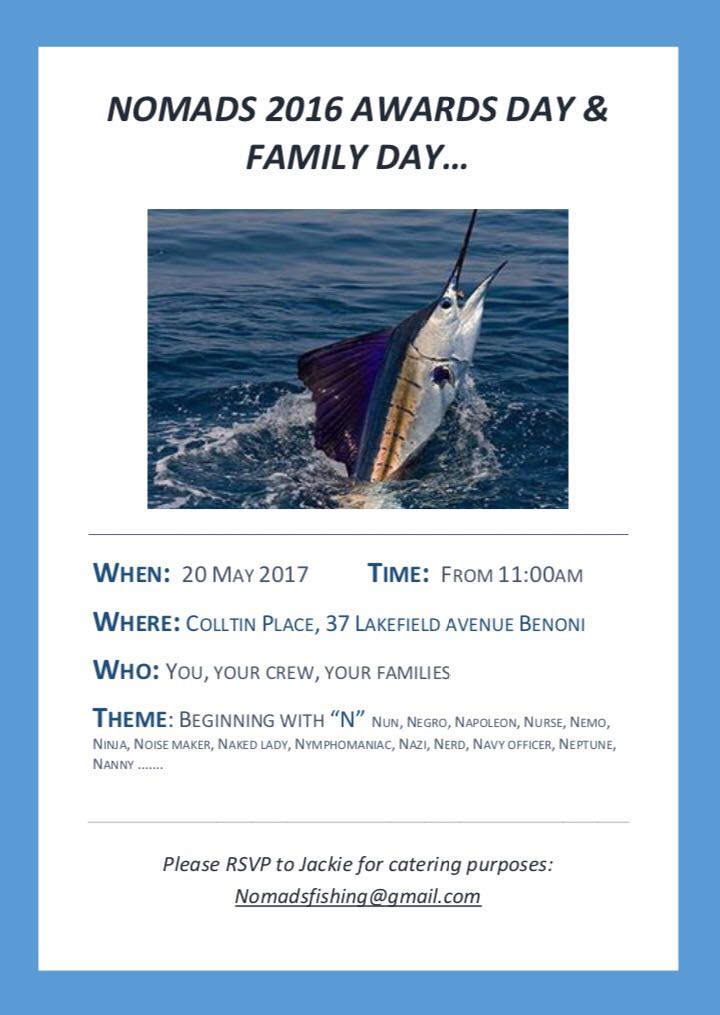