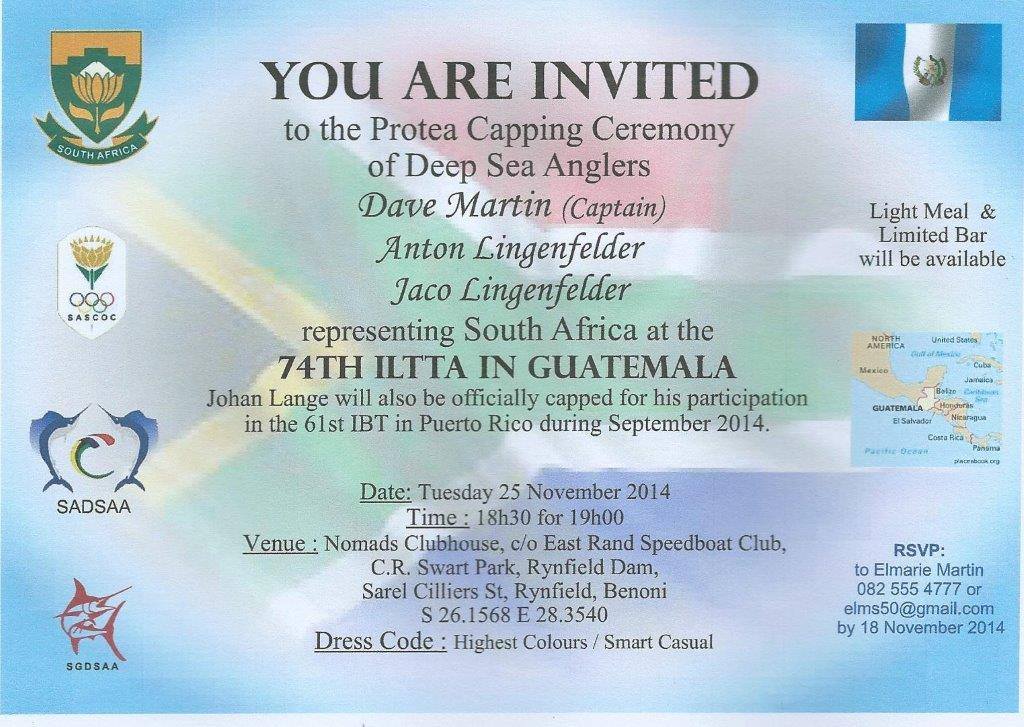 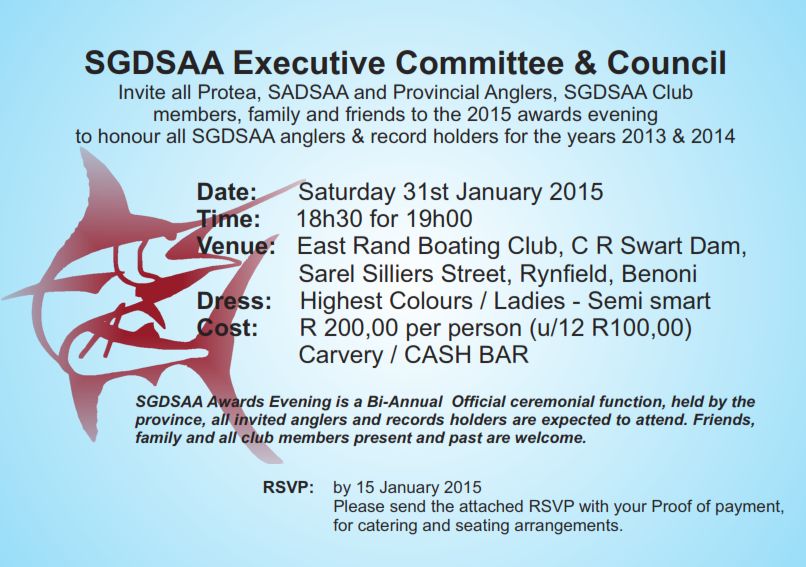 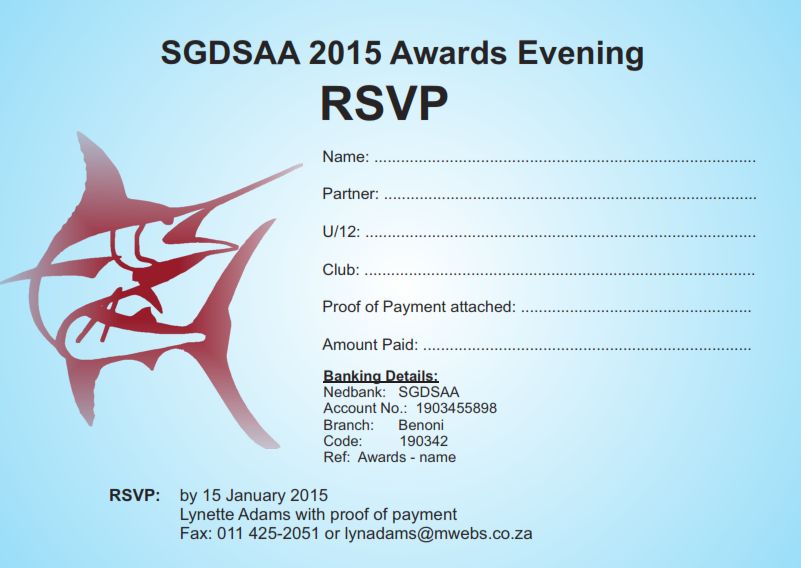 On behalf of all Nomads members, I proudly congratulate the following Nomads anglers on their selection to represent Southern Gauteng Deep Sea Angling Association at the prestigious SADSAA Tri-Facet National Championships to be held at Sodwana in November.

This is a tournament of champions where you will pit your skills against some the best anglers South Africa has to offer and we are proud to have you carry the Nomads flag. Good Luck, go for gold, we are behind you all the way and most important of all, have fun doing it!

Best Wishes and Tight Lines (but not too tight).

Yours in Angling
Dave Martin
Chairman

Martin Du Plessis will be giving a talk at TSC on all the points on what you must and must not do when anchoring. Where and where not to anchor!!! 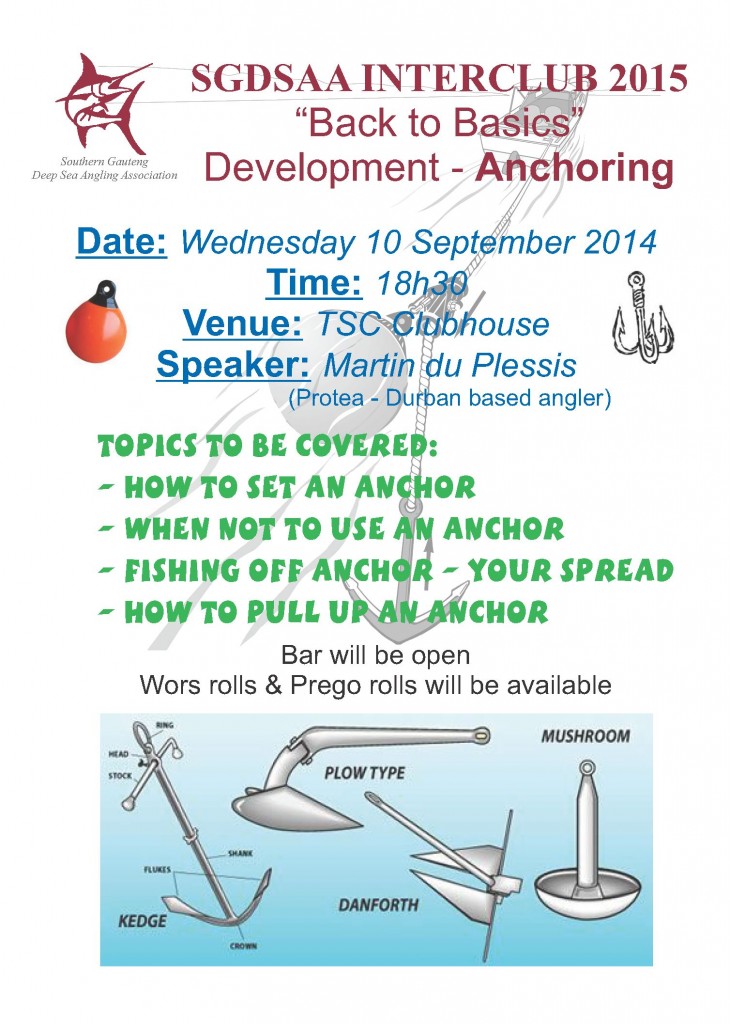 This will benefit everyone who will be fishing the SGDSAA Interclub next year March as you will be allowed to anchor at certain times and at certain places, if the conditions allow. You will need to know this for your own safety (we don’t want boat being turned over because of skipper error not knowing how to use an anchor).

The bar will be stocked and wors rolls will be available.

Looking forward to seeing all.

It is with regret to inform you that friend and mentor of TSC Pierre Barnard passed away at home on Thursday 4 September 2014, after a long battle with poor health.

Pierre, a Springbok angler, past chairman and honorary member of TSC was a stalwart in the angling community. Pierre was a Protea selector and was always keen to share his knowledge.

Our heartfelt sympathy goes out to Lyn Adams who has nursed Pierre for the past 4 years and seen his sufferings and felt his pain and to his family.

There will be a memorial service at TSC Clubhouse for Pierre, on Friday 12 September 2014 at 2pm followed by finger snacks and drinks at the bar.

Dress Code – Smart Casual fishing gear, Pierre would want it no other way!