Graham Morgan presented a special award at this year’s Nomads prize giving. Here is the story…

On a light hearted note, we have different types of skippers, we have top skipper of the year for angling and top boat, then we also have another type of skipper: the Captain Chaos skipper – the skipper who scares the living daylights out of everybody especially his crew.

This year, there can be no doubt who should be awarded this unwanted award. Let me explain why our skipper this year receives this award. Firstly, and might I add, fortunately I was not part of the crew on this trip. At the Southern Gauteng Interclub he really wanted to impress everybody on how a Nova Cat could slide up the beach gracefully. Unfortunately he mistimed and connected a small shore dump that elevated his boat and crew some meters into the air. With no water beneath it, needless to say, it came down with a huge bang. Richard Mosley’s explanation: “It felt like my poopall was coming out of my mouth. It was a spine jarring re-alignment experience.” He hit the beach so hard he thought he’d broken his boat.

I’m sure a number of us here this evening have experienced this at some time, however, trip number 2, Paradise View.

Those of us that were there, know the surf was not very friendly on the one and only day we could possibly fish. Our skipper was determined and who could blame him. We had been sitting in our cabin for 5 days, there was no doubt we had cabin fever and this can make you do some pretty stupid things, like launching.

If you have seen the photos of our launch, you’ll notice the tractor looks like a submarine with the exhaust sticking out just above the water. That was just the beginning. At the gap Captain Chaos decided the moment was right. Let’s go! However, guess what? It was the wrong call and we took waves breaking that looked nothing less than 4 – 6 meters, the second one hit us sideways. At this moment I heard a scream from Richard: “my finger” and many other comments that could not be mentioned here. However, lucky for us we made it through.

That night Richard had 9 stitches in his finger. Fortunately that was all that was broken.

Trip no. 3 for 2011. Captain Chaos decides to go to Guinjata for December. They launch and decide to cut a channel through the reef not realizing that the rocks are harder than the gearboxes. Two gearboxes later and R60 000 worth of damage – there can be no doubt that our skipper for 2011 deserves this award. He also receives a free skippers course with Anton Gets sponsored by Richard Mosley, Friedel Kirstein and myself. This is compulsory might I add. He also receives a certificate from all the insurance companies as being black listed and un-insurable. They have requested you not to approach them for cover.

I would like Richard and Friedel to present him with this award. 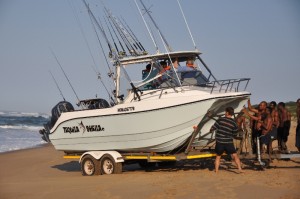 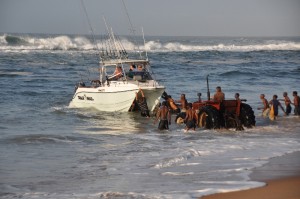 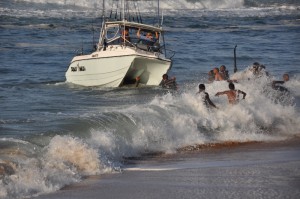 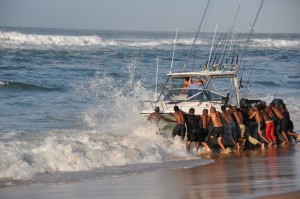 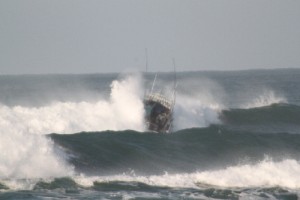 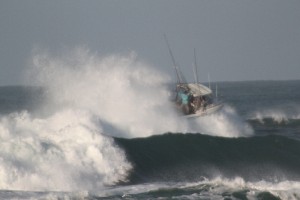 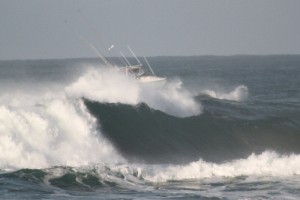 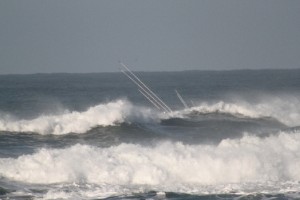 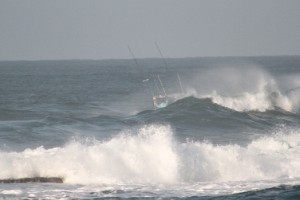 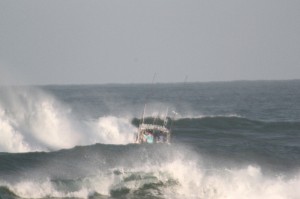 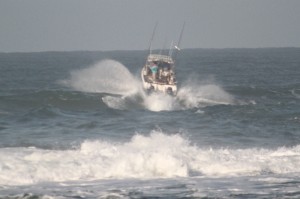 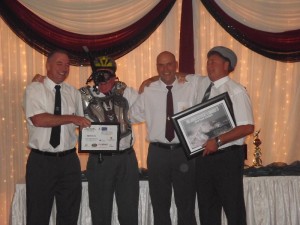